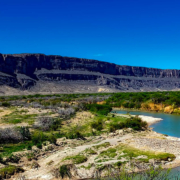 Three years ago I had an idea. It was a great idea. Although it remained just an idea. It’s no longer an idea. Shall I just get straight to the point? I’m writing a movie, a big movie, a western movie. It will cost a lot of money to make. Am I ready for it? Hell yes!

The idea behind the film was from a song I’ve loved for a long time, it’s also one of my wife’s favourite songs from my favourite singer. Garth Brooks. The song, ‘In Lonesome Dove’, is based on a Texas sheriff who is killed by a gang of outlaws and his son grows up to become the new lawman in town and gets his revenge. That’s it in a nutshell. But turning a three minute song into a 100 minute western movie isn’t the easiest of tasks. A task I’m very much loving though. I’m currently around 20 pages into the movie, I’ve shown a few people what I’ve done so far and they all seem to love it. Now is that genuine love for the script or are they just paying me lip service? Only time will tell.

Add The History Guys TV series to the mix and it’s a very busy year. 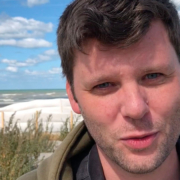 2020 mark’s my 23rd year as a filmmaker. In this time I have been involved in dozens of film, television, commercial and other projects. Admittedly I don’t have a great deal to show for it but hopefully 2020 is the year this all changes. END_OF_DOCUMENT_TOKEN_TO_BE_REPLACED 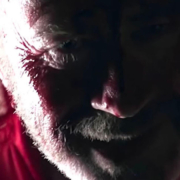 It was an honour to be asked to join the crew for CHRISTMAS SLAY, an upcoming feature-length festive slasher movie by my talented friend and colleague Steve Davis. END_OF_DOCUMENT_TOKEN_TO_BE_REPLACED 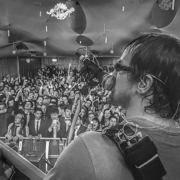 In the past fortnight I’ve have the incredible privilege to be part of the film crew to shoot two WHEATUS gigs, one in Margate and one in Milton Keynes. END_OF_DOCUMENT_TOKEN_TO_BE_REPLACED

https://garyjjspate.com/wp-content/uploads/2021/10/wheatus-you-might-die.jpg 630 1500 Gary JJ Spate https://garyjjspate.com/wp-content/uploads/2021/10/garyjjspate-sitelogo-white.png Gary JJ Spate2013-10-13 13:29:072021-10-13 13:30:58Listening to Lightning!
Scroll to top
We use cookies on our website to give you the most relevant experience by remembering your preferences and repeat visits. By clicking “Accept”, you consent to the use of ALL the cookies.
Do not sell my personal information.
Cookie SettingsAccept
Manage consent