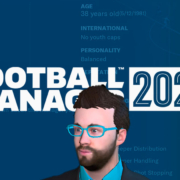 My name is Captain Valve and I want to be a football manager. Join me (and wish me luck) as I embark on a new career in English football. 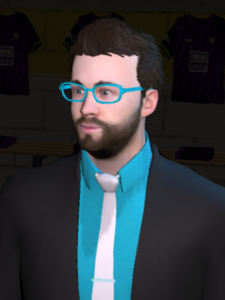 I woke up this morning in a fairly buoyant mood. I had a dream last night that I was the manager of the England national football team and in true Mike Bassett England Manager style (“We’re playing four-four-fucking-two”) we did quite well. Okay we didn’t win the whole thing, Germany knocked us out on penalties – of course they did! But we made it to the final. The final of the World Cup no less. I woke up just as I was climbing the steps at Wembley Stadium to collect my runners-up medal. Moments later my phone started to ring.

“Uhh hello?” I tried to sound as awake as possible.

“Hi Captain, it’s Dave, your boss. I’m really sorry to tell you this but due to Covid-19 we’re closing the business down. As of today you’re no longer an employee of Dodgy Dave’s Dodgy Office Supplies. Sorry mate.”

“That’s okay boss, I already have my fingers in other pies, I’ve decided I’m going to be a football manager.”

“Yeah right, you have no coaching qualifications and you’ve got no footballing experience. How on earth are you going to persuade some poor football club to take you on as manager?”

“I played Sunday league when I was younger. I was okay on the right wing…”

Well thanks for the vote of confidence boss, my buoyant mood has now somewhat dissipated. I will not be deterred though, I WILL be a football manager and you will eat your words Dodgy Dave!

I open up a job vacancies website and type ‘Football Manager’ in the search bar. No results. I type ‘First team coach’. No results. How do I go about applying for football jobs? I give my mate Gordon Banks a call. No not THE Gordon Banks but like his namesake he knows his stuff about football.

“Gordie my old mucker, I’m after a football manager job. Where do I go to apply?”

After what seemed like hours of him laughing down the line he finally composed himself and gave me some pointers.

“Firstly you need to know which clubs are managerless, check the sports sections of the news websites, failing that you could go to all the club websites and see if they’ve lost their manager. I wouldn’t recommend looking at any of the big clubs, if Ole Gunnar Solskjær has been fired they’re not going to hire someone like you, no offence. I’d try the non leagues, Vanarama North or South would be a good starting point, some of those clubs have managers without qualifications so you may get a look-in down there.”

“In your case mate, and no offence again, starting at the bottom might be more beneficial to you, especially in football and your questionable history as a winger in The Dog and Fart’s second team.”

After an hour or so of researching I found a few job vacancies, only one in the Vanarama National League South, Billericay. I sent off my CV and hoped for the best.

In fact I applied for all of the jobs. Out of interest? Possibly. Out of desperation? More than likely. Out of sheer stupidity? Definitely. I’d have not a chance in hell of landing any of the bigger jobs, even the U21s and U19s of Scotland, Northern Ireland and Ireland, but it was worth a punt. At the very least I may get an interview and it would give me the experience to the type of questions I’d be asked at jobs I’m more likely to be considered for. But I’m quietly confident that the joint chairmen Richard Lake and David McCartney of Billericay would see past my lack of experience and offer me the job.

“Hi Mr Valve, it’s Liam Porter of the Non League Paper. If you don’t mind could I ask you a couple of questions about your recent application for the Billericay manager’s job?.

Word gets around doesn’t it, I thought, grinning, after I had leaked the story to Goal.com myself.

“Sure, fire away, but put me in a good light as I would really like this job.”

“Having been linked with the Billericay job, how would you feel about taking over at a club with such a bleak financial outlook?”

“Wow, well first of all I wouldn’t get myself into the financial aspects of the club other than adhering to wage structures, but I think I’d revel in the adversity and really feel as if I could make things work here, should I be offered the job obviously.”

“That should be enough for my editor, thanks Mr Valve.” Click.

I was woken by a phone call from an unknown number this morning. It was Mike Goodwin, chairman of Chesterfield. I wasn’t shortlisted due to my lack of experience. Well at least he had the courtesy to give me a call to let me know, as did the Derby County chairman. What surprised me though was the email I received from Wigan.

Okay I wasn’t offered the job but I would have been an “acceptable fit” for the club. So in other words would I have been the cheap option and the scapegoat as they’re expecting the club to drop even further into the shit and be relegated again? I don’t know how I feel about that. In the end they went for the even cheaper option and promoted assistant manager Liam Richardson. Still, I wait for the call from Billericay. 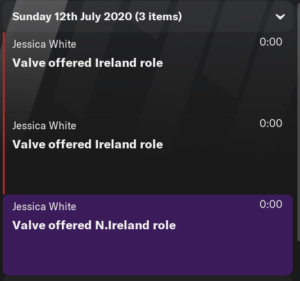 Well fuck me. What have I woken up to? Sitting in my email inbox, not only does Northern Ireland want me to be their new Under 19s manager but the Republic of Ireland also want me and they’ve offered me the choice of either their Under 21s or their Under 19s. Not even an interview with any, straight up job offers.

Stephen Kenny the Ireland boss must be desperate to want me. I don’t let him down. I waste no time in jumping in a taxi to the train station, hopping on the train to Gatwick and fly over to Dublin where I’m met by my new personal assistant Jessica White. She whips me straight to the Aviva Stadium where I am unveiled as the new manager of the Republic of Ireland Under 21s.

I made it baby, I’m a football manager!

In the next episode I will give you a rundown of the team I now manage. Also I will have to hire an assistant manager, that will be fun. And I’ve got to decide who makes the cut for my first match as manager in a whopping 53 days time.

I hope you have enjoyed this first episode, if you did please share it on social media and give the article a Like below. Also leave a comment, I will read every one of them and reply.

https://garyjjspate.com/wp-content/uploads/2021/10/a-new-journey.jpg 630 1500 Gary JJ Spate https://garyjjspate.com/wp-content/uploads/2021/10/garyjjspate-sitelogo-black.png Gary JJ Spate2021-01-20 09:43:072021-10-14 09:54:46I want to be a football manager – A New Journey Ep1
Scroll to top
We use cookies on our website to give you the most relevant experience by remembering your preferences and repeat visits. By clicking “Accept”, you consent to the use of ALL the cookies.
Do not sell my personal information.
Cookie SettingsAccept
Manage consent