On December 11th 2012 I let a bloke in a mask cut me open and break my ribs. OK it’s not quite as simple as that, I had major surgery to correct Pectus Excavatum. Pectus Excavatum is a rib deformity where the sternum and ribs sink into the chest, the exact opposite of a pigeon chest (Pectus Carinatum) where the ribs stick out. It can affect one or both sides of the ribcage. In my case it affected mainly the right side, asymmetrical PE.

The surgery consisted making a six inch vertical incision on my chest, cutting out the costal cartilage on ten ribs, removing the sternum and replacing it in a different position and holding it in place with a metal bar before stitching and gluing me back together again while at the same time pump me full of pain-relieving drugs.

It’s now seven and a half weeks since my surgery at the Castle Hill Hospital and I’m still on the very long road to recovery. As you can imagine this is a major procedure and it has on average taken patients up to three months to recover, most patients however are just 16 years old.

At 31 years old the healing process is taking a lot longer than what it would take a 16 year old, the cartilage takes longer to regrow and my bones are more solid so naturally it’s also more painful. I’m also experiencing unusual aches and pains in my kidneys and liver. At my six-week post-op check-up the doctor said this is probably due to them now having more room to move around as the ribs and sternum have been raised slightly, previously they were squashed up at the bottom of the ribcage. I’m having a CT Scan at the local hospital tomorrow so we’ll find out for certain if this is the case or if I do have knackered kidneys and liver.

In the seven weeks since I was discharged from the hospital I’ve gained a stone in weight as my movement is so severely restricted. Most of my trousers no longer fit me as that extra weight has given me a bulbous stomach.

I’m not allowed to lift anything for three months, I can’t do much exercise other than lift my arms up and rotate them to stop the shoulders seizing up and breathing exercises to gradually increase chest movement. Another 5-6 weeks and I should be able to start lifting things again but I have a feeling – as does the hospital doctor – that it may be another 2-3 months before I should be lifting simple things like a half-full kettle. At the moment I can only lift the kettle if there’s enough water in it for just one cup of tea, anymore than that and it’s too heavy and causes pain. Even with just a small amount of water it’s painful when I tilt the kettle to pour the water into the cups. Yes I am being serious, the doctor really did tell me not to lift a kettle so of course I’m milking it, makes a nice change to be sat on my backside and have other people make all my cuppas.

At times though I do regret going through with the surgery but later I look in the mirror and see how much better my chest looks and I realise that when I’ve recovered it will be well worth it. My only concern at the moment is that there are still sunken parts on my upper chest but the doctor says this is simply because the cartilage is missing so there’s nothing for the flesh to rest on. When the cartilage grows back the sunken parts should disappear. The doctor is very happy with the visible results, only time will tell if the cartilage fuses back to the ribs and sternum properly although apparently there is a 97% success rate.

Only 3 in 100 will need further surgery – they’re the lucky ones as they get to have the epidural again and not have to just rely on oral medication. I loved it with the epidural in my back, I didn’t feel a thing, as soon as they removed it (48 hours post-op)  I was in agony and I’m still in pain today!

I was supposed to be at a wedding today, it’s the special day of the mother of my big brother Kelvin (yes he’s my half brother and yes he has a silly name), but I was unable to attend due to the pain I’ve been in over the past 24 hours. I believe I twisted my upper body in my sleep, something I really shouldn’t be doing – and while awake I’m unable to do as it’s far too painful. The metal bar is holding my sternum rigid and slig 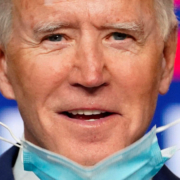 Want to join the discussion?
Feel free to contribute!

We Got The Love Bug!

Wedding bells in the air
Scroll to top
We use cookies on our website to give you the most relevant experience by remembering your preferences and repeat visits. By clicking “Accept”, you consent to the use of ALL the cookies.
Do not sell my personal information.
Cookie SettingsAccept
Manage consent